Faith to move a mountain

Faith to move a mountain 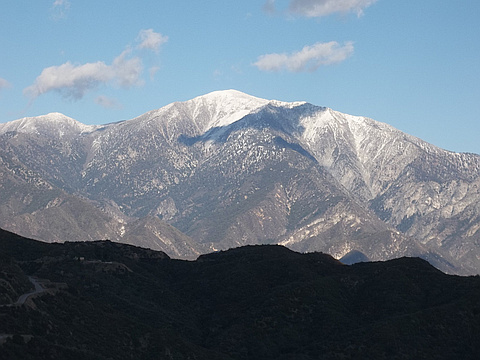 Someone whom I love innocently asked a question to another person: “Where the Bible says that faith can move a mountain, is that true?” the person being asked replied, “No, that’s just a parable..”

Is it a parable?

Lets examine the verses from the Bible itself.

In Matthew 17 before Jesus Christ spoke these words to His disciples, was he telling parables? No. He was literally casting out devils that the disciples could not. It was when they asked Jesus, why they could we not cast out that devil, Jesus responded with the above verse. How is this a parable again?

Was the casting out of devils a parable also? Of course not. So why would anyone assume that this part of his response was a parable? Likely because they understand that these kinds of things don’t happen today by faith. And guess what, that’s right. But since they cannot explain why faith isn’t moving mountains or in their case literally casting out devils, they write it off as a “parable”. (By the way demon possession isn’t how Satan operates today either, the battle ground then was the kingdom coming, the battle ground today is to dilute/hide the clear gospel which saves by faith alone) But anyone who reads these passages honestly cannot produce evidence of this being a parable except for their own private interpretation.

In Matthew 21, before Jesus tells them that a small amount of faith could cast a mountain into the sea, what led Jesus to this conclusive statement? “ye shall not only do this [which is done] to the fig tree” .. Was this a parable also? No.

So why would anyone reading this verse think that Jesus would answer His disciples with a parable about the power they would have through their faith. What a cruel joke. When Jesus told them they would have power to do certain things: “cast out devils, healing the sick/lame, taking up serpents and not being harmed, greater works than these!” He wasn’t speaking in allegories or parables. The disciples literally did marvelous works in Acts, were those parables? No. To believe that Jesus didn’t mean what He said literally is to dilute the authority of Gods word, leaving it up to interpretation. And if interpretation is the final authority, than theologians have more authority than the written word of God. Oh beware of following teachers and not Gods word! Beware of letting man study Gods word for you , and not you study it earnestly for your own growth! Let God be true.

If you dont understand something, you dont get to call it a parable. The Bible will tell you when a parable is being spoken. In this case, its clearly not that.

The person being asked this question very likely understood that if they said “Yes, Jesus was literal about their faith moving mountains?”, the next question would have been: “why isn’t my faith moving mountains?” And these are great questions and opportunities to strengthen their faith (understanding and applying). Instead Gods word was misrepresented. It hurt to see/hear it. I was not allowed to speak to it.

Ok, so what gives?

Well, simply put, Jesus wasn’t speaking to you! And the position that Israel had with God is not the same position you have with God. God did not make a covenant with you. If you do this, I will do this.. Instead God gave a more excellent promise, we get to be a part of His body, forgiven of all sin without works. Saved by faith through grace alone. This is different than what Israel had: Repent, be baptized, obey the law, believe in Jesus, sell all, for the kingdom of God is at hand!

While all scripture is equally important, most Christians fail to identify which audience they fall into. You are not spiritual Israel. You are gentile, and even if you were a Jew today, God is not operating under the dispensation of the kingdom gospel at this moment. But it will continue after the times be fulfilled. That’s another topic though.

When you mix the kingdom gospel in the New Testament (which is for Israel) with the mystery (grace gospel) delivered to Paul for the gentiles, you get massive confusion, contradiction, frustration. ie: Water baptism, faith + works, losing salvation, speaking in tongues, “healings”, striving to please God, living by law and not grace..

Many many many so called Christians think that the New Testament is written to them, and thus failing to rightly divide the Word of God.

I might be getting off track, so Ill sum it up

Yes, God did empower the disciples to do many marvelous miracles. Yes, they could have moved a mountain, yes they did do many miraculous works in Israel after Jesus ascended into heaven. But they served a purpose for a different time and different operation.

Gods message for us today is found in Pauls epistles. Always ask yourself, Who is speaking, to whom are they speaking to, what is the context.